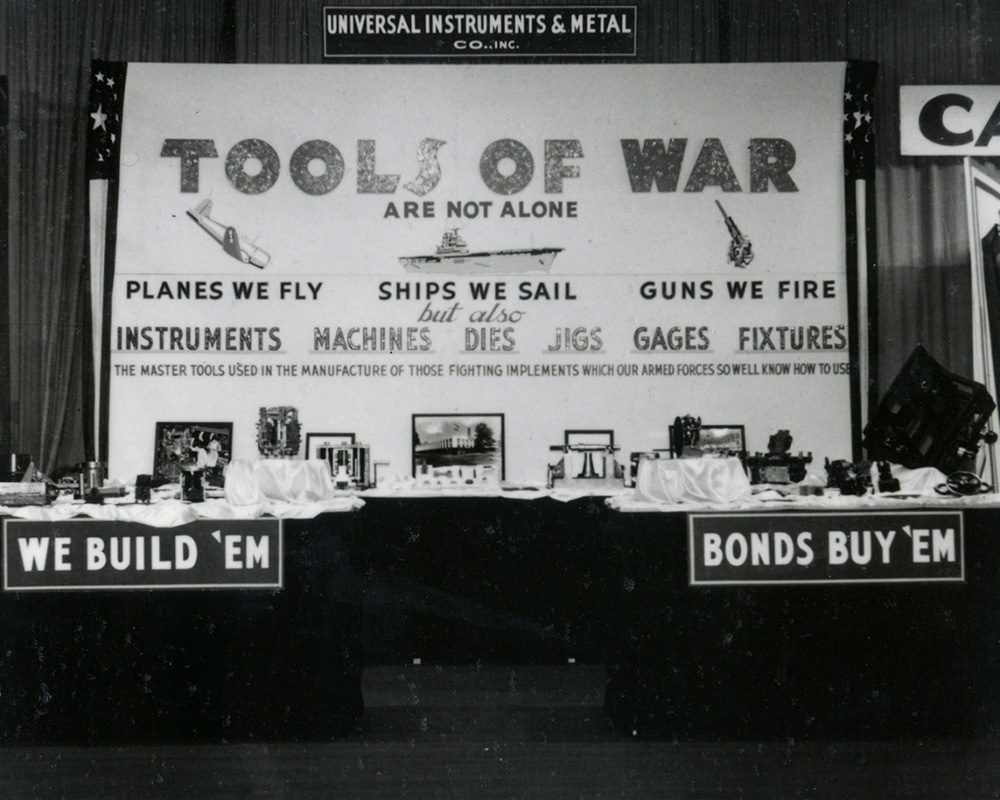 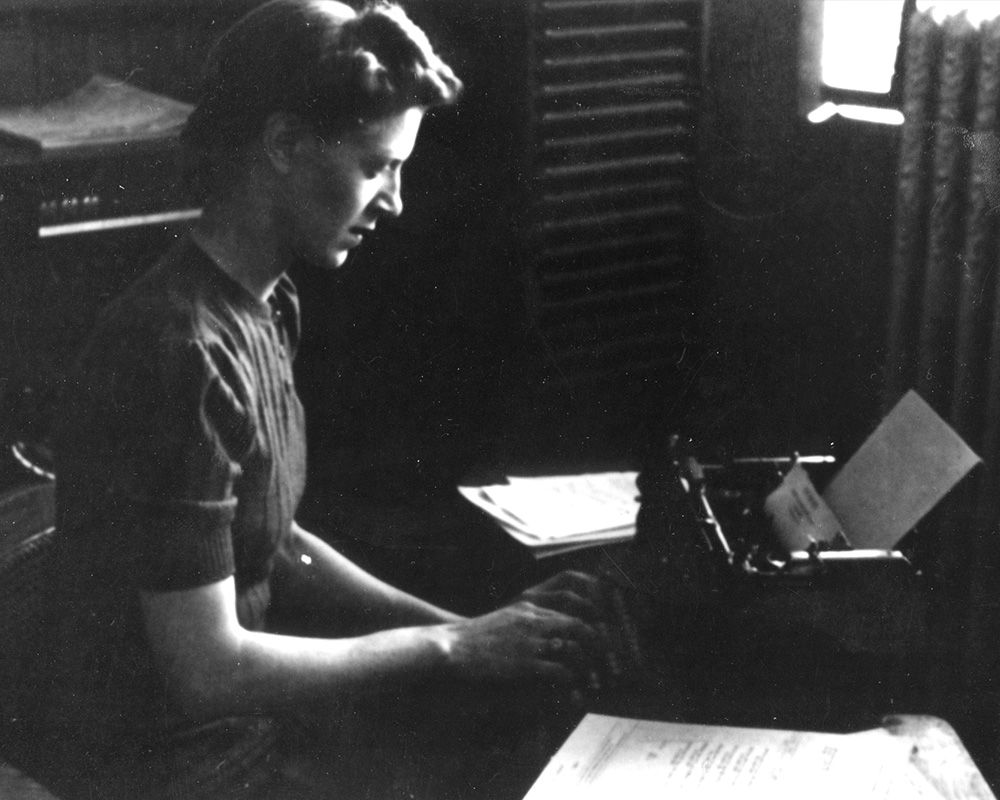 Hope Burke, one of the first women to join the workforce in 1942, became a career employee of Universal. She was formerly a Ramsey Shoe Company clerk. 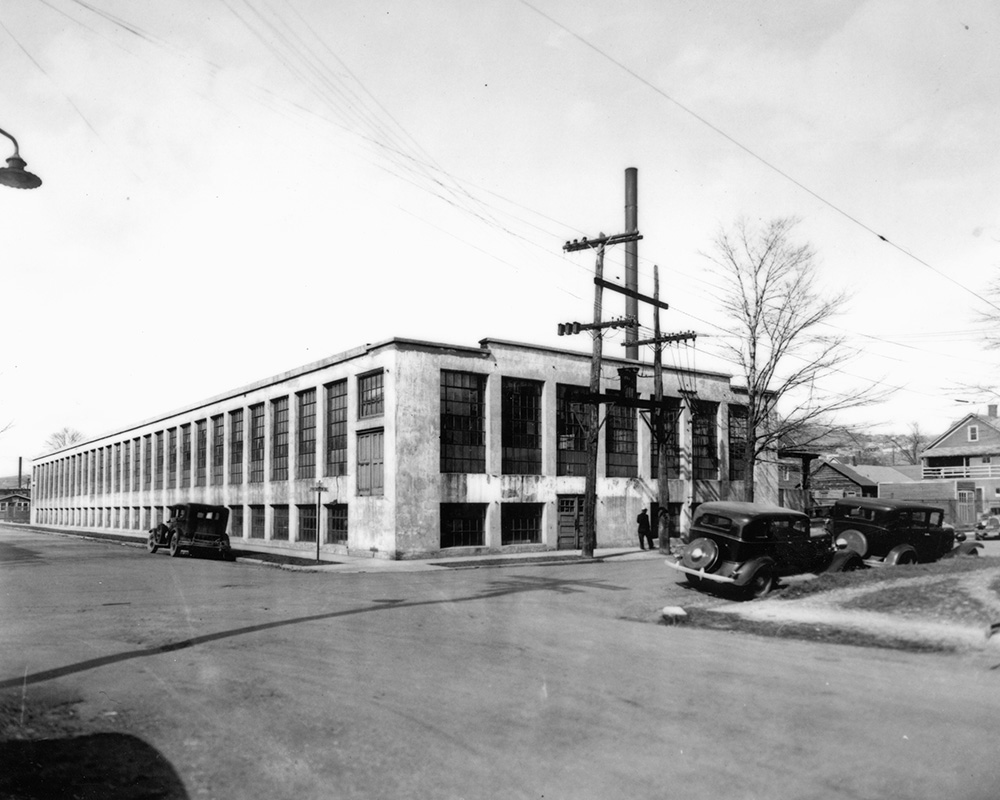 Production space in the downtown Wall St. facility couldn’t stay abreast of World War II output demands. So in 1942, Universal moved into the Ramsey Shoe building at the corner of East Frederick and Ely Street. 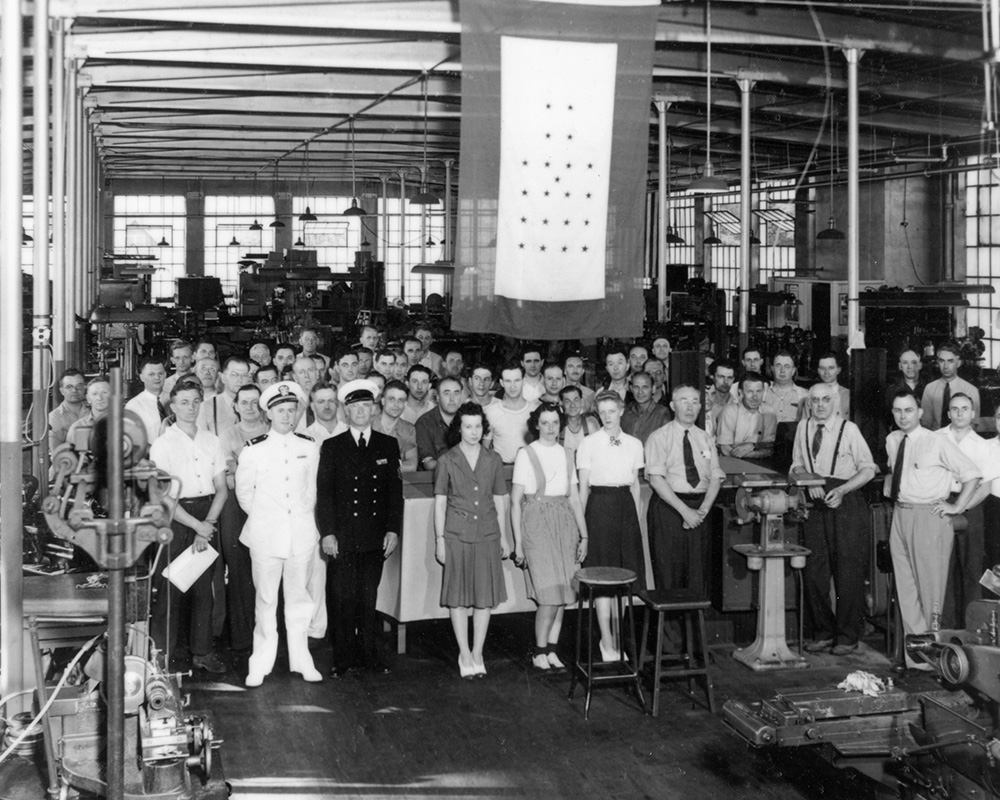 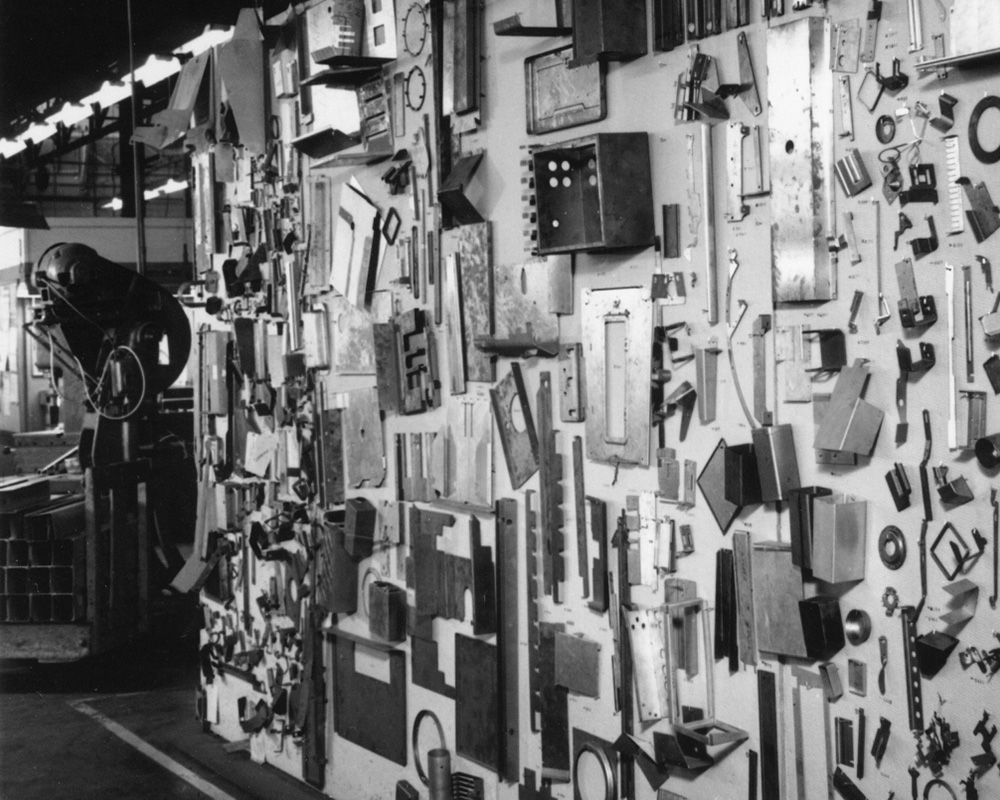 Picture shows a random sampling of typical stampings from “Short run” or “Stampings-in-small-lots” business which started up after World War II. 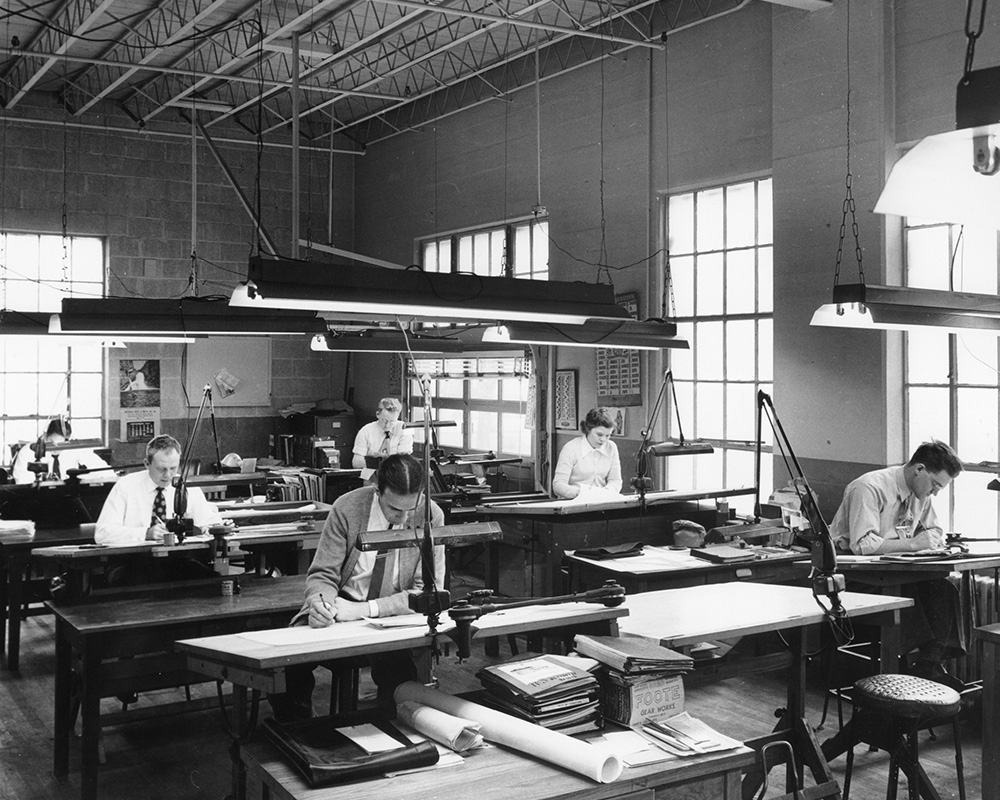 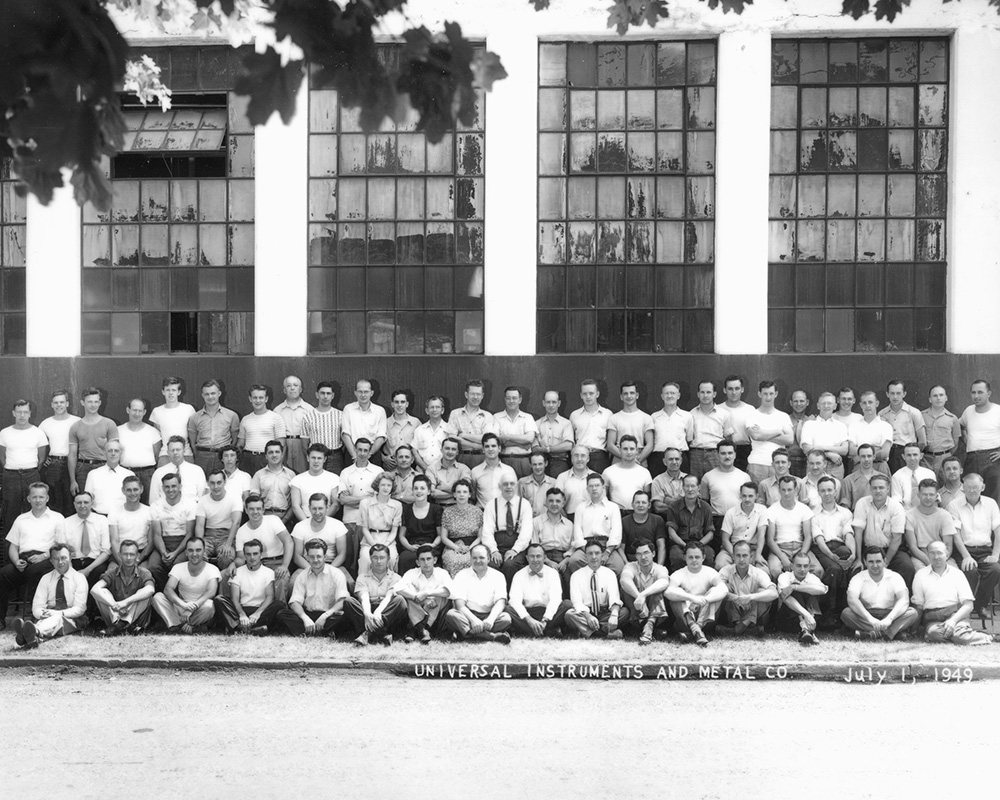 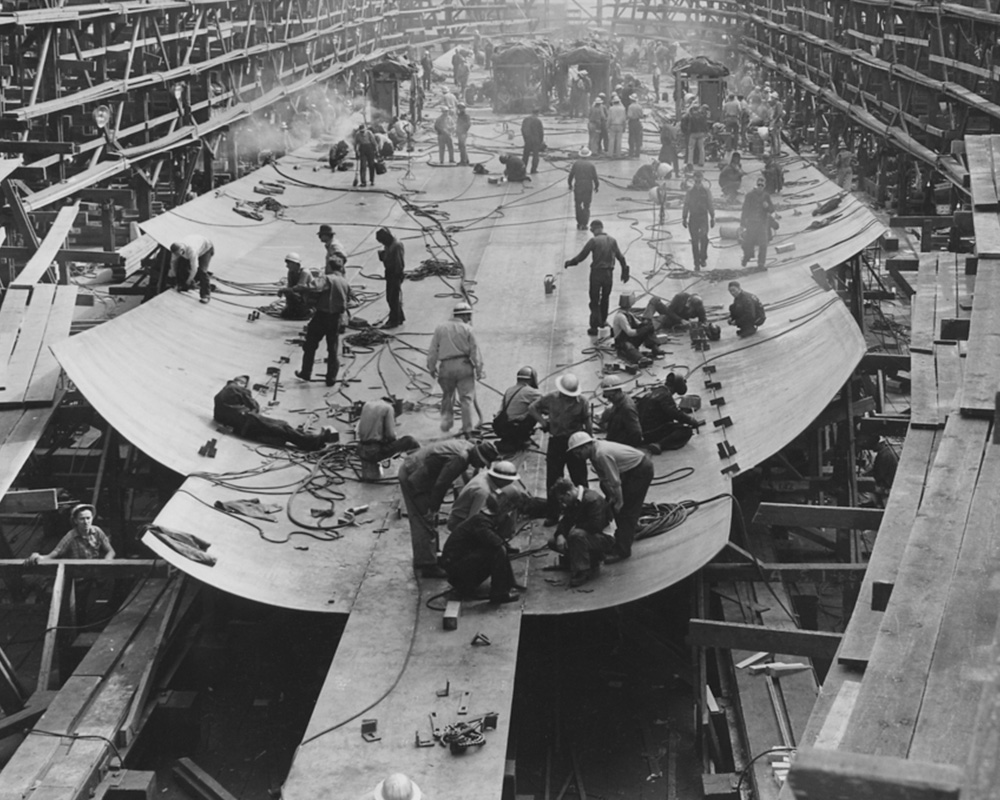