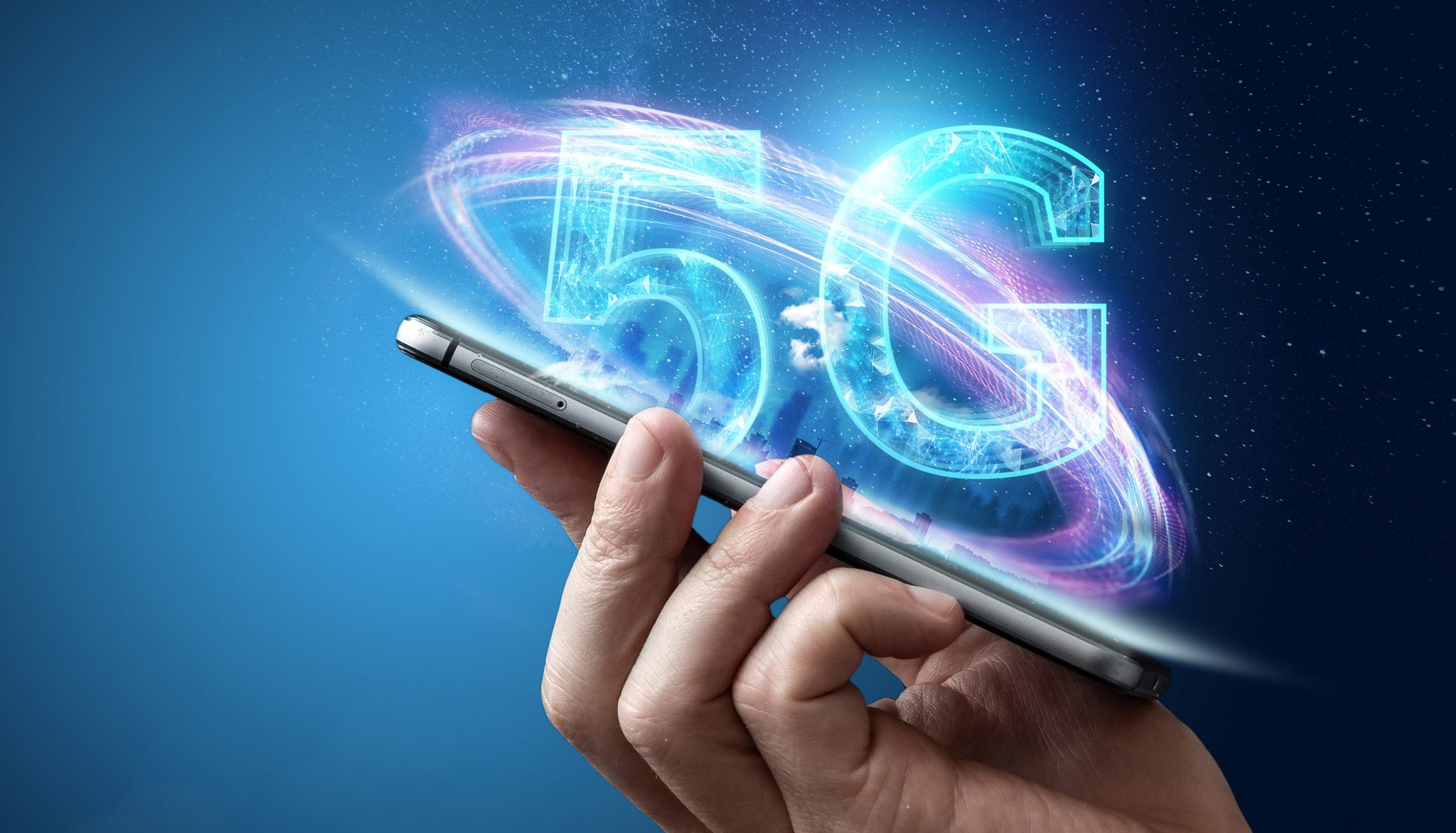 5G will enable a super high-way that will make 4G feel like taking a drive on a little back country road! 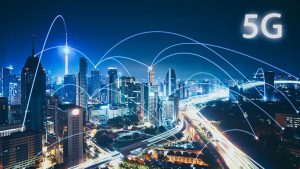 What Exactly is 5G:

5G is the fifth generation technology standard for cellular networks, which cell phone companies began deploying worldwide in 2019.  It’s not global yet, but it will be soon.  . .

5G networks are cellular networks, in which the service area is divided into small geographical areas called cells. All 5G wireless devices in a cell are connected to the Internet and telephone network by radio waves through a local antenna in the cell.

The main advantage of the new networks is that they will have greater bandwidth, giving faster download speeds (eventually up to 10 gigabits per second).

Due to the increased bandwidth, it is expected that the new networks will not just serve cellphones like existing cellular networks, but also be used as general internet service providers for laptops and desktop computers, competing with existing ISPs such as cable internet, and also will make possible new applications in IoT (Internet of Things) and M2M (Machine to Machine) areas; basically where everything is connected to everything.  This will enable all of the devices connected to a 5G network to run and process data at an extremely high rate of speed!

Now that you know what 5G is; here’s a list of the following developments that have been waiting impatiently for 5G to really take off!

Smart factories incorporating Industry 4.0 already exist, but 5G will play a pivotal role in smart factory continued development. Moving forward, the manufacturing process won’t be limited to the factory floor. From design to manufacturing to distribution, the entire chain of product development will be connected. Feedback from a customer will be fed to a designer in real time. Product from one location can be routed automatically to a different location due to weather changes and/or increased customer demand.  With the magic of connected devices and the IoT, 5G will help smart factories do amazing things.

But that’s not all. Smart factories will grow their use of robots—robots powered by AI and machine learning that help them make real-time decisions.

They’ll also be using more robots to do dangerous or arduous tasks, helping keep employees healthy and safe. We’ll see training become safer, too, as smart factories bring augmented reality and virtual reality into the training routine, allowing employees to learn faster and safer than ever before.

We’re already helping to implement elements of Industry 4.0 and the smart factory TODAY.  Read our BLOG  to learn more. 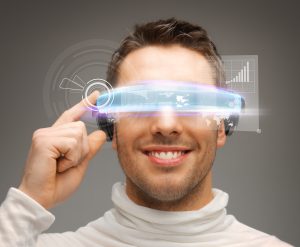 We have known for a long time that virtual reality and augmented reality can’t experience a full-on rollout until 5G catches up to it. The reason is that for AR and VR to feel like, well, reality—they need to operate at the pace of reality. They can’t be slow, or lag, or process input in anything less than real time; otherwise our brain immediately tells us it’s not real!  I know you’re probably thinking that some AR and VR applications exist and work fine, and you’re right. But how many have practical real-world applications?

5G, because of its increased speed and bandwidth, is going to allow AR and VR to expand. An example of this is Microsoft’s new HoloLens 2, which brings physical and digital elements together to collaborate in real-time. This lightweight headset brings together two worlds in a way that empowers productivity in the front-line worker by putting information and interactive data right before their eyes. Soon, coupled with 5G connectivity, we will see mixed reality explode with real-world applications from maps to business apps. And yes, virtual reality may finally get its day, and 5G should get much of the credit. With 5G, we’ll see AR and VR popping up in our cars, our phones, and on our computer screens. It will likely become a part of everyday life; rather than just an entertainment novelty. 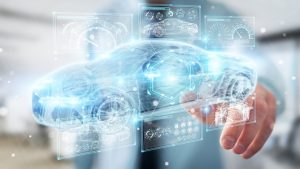 It seems like we’ve been talking about them for years, and they still haven’t really taken off. Once again: 5G could be the technology that finally pushes them out (safely) into the world. Why? Because 5G is the only technology thus far fast enough to allow machines to operate with human-like reflexes.  We take for granted all of the visual and spatial information our brain processes and reacts to when we get behind the wheel of a car.  The amount of information us humans are processing is daunting to think about.  An autonomous vehicle has to mimic the capability we inherently have; and this takes a staggering amount of data processed, almost instantaneously, to accomplish. 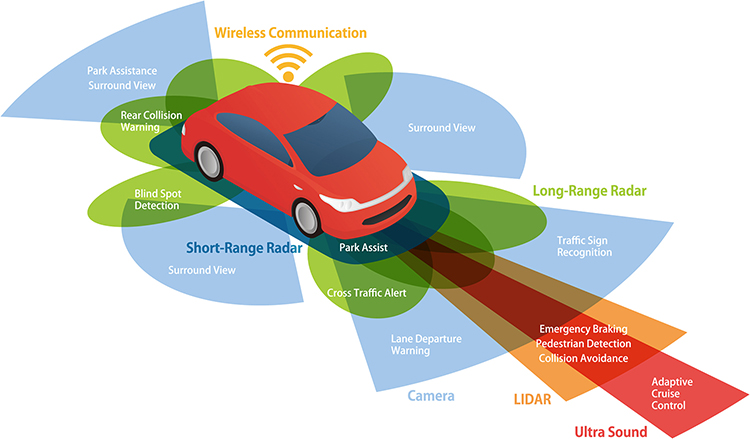 The power of 5G may be the only system fast enough and reliable enough (and with redundancy built in) to finally instill a needed degree of trust in autonomous driving for the passengers, as well as for the other humans on the road – whose lives all hang in the balance. No, 5G won’t roll out overnight and we won’t see widespread driverless cars on the road tomorrow. However, once it is available everywhere, there will be no stopping the development of safe autonomous machines—not just cars, but trucks, buses and maybe airplanes, as well.  Think about the implication that could have for travel. . . 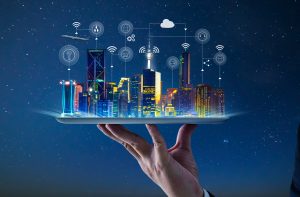 How much do you hate trying to use slow apps or the internet? We have become so impatient as a society that it’s no wonder that smart cities haven’t really taken off.  Up till now smart cities haven’t been very smart. They have pockets of intelligence—smart parking lots, streetlights, etc. But they haven’t been able to hit a level of connectivity that makes a consistent, marked improvement in our daily lives. Too much data on a 4G network and it’s like using slow internet. Who wants to do that?

That is going to change with 5G. Finally, cities will be able to connect via the IoT to do everything from improve trash pickup and keep public restrooms clean to prevent electric power outages and improve traffic conditions. Again, 5G is the only technology fast enough to allow so many devices to connect at such high speeds that the development of these technologies will be worthwhile. 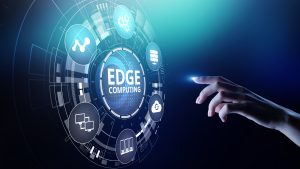 It seems like we’re still talking about the cloud, and here we are moving to the edge. Edge computing, in some cases referred to as fog computing, allows data to be processed as close to the source as possible. (Edge computing brings cloud resources—computer, storage and networking—closer to applications, devices and users.) It does this by using small power cell stations to enable data to travel at high speeds—without having to travel long distances to a cloud or a data center.

Because it doesn’t travel as far, it can be processed much faster, making things like autonomous vehicles safer to drive. Long story short, if you’re in a self-driving car and you see an accident about to happen, you don’t want to wait for your car to send that data up to a cloud to process it and send it back. You just want your car to automatically hit the breaks. The cloud, for all of its benefits, simply isn’t reliable enough to “hold” all of the information the IoT will generate. It comes with security issues, latency issues, even vendor issues, especially in multi-cloud environments. With the high-speed, low latency data transmission of 5G, the potential of edge computing will be full realized in a wide-variety of applications from the aforementioned Smart Cities, to retail environments for real-time offers and analytics. 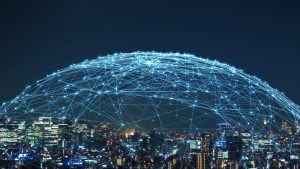 In the tech industry, there are lots of “next big things.” 5G, however 5G is the thing that will make every other next big thing possible. It’s a super highway that will make 4G look and feel like taking a drive on a little back country road. 5G is taking digital transformation to new heights and it will be exciting to see the developments that come with it.

Where will 5G take us?  Not sure we know yet, but it’s fun to think about it, isn’t it?