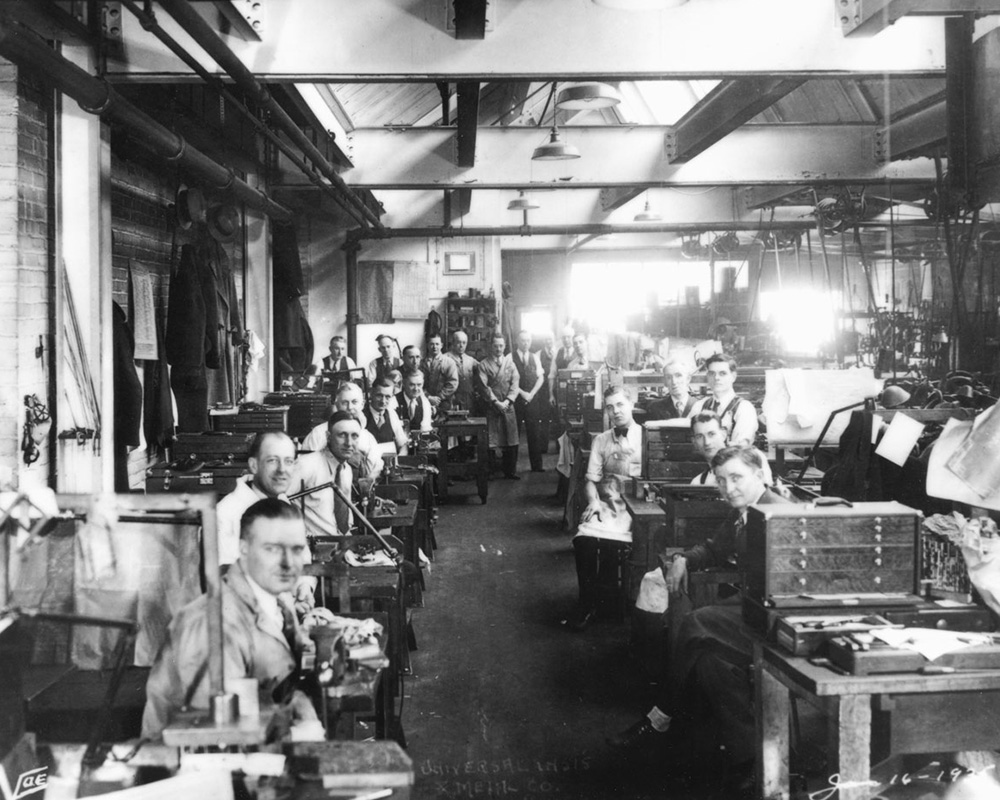 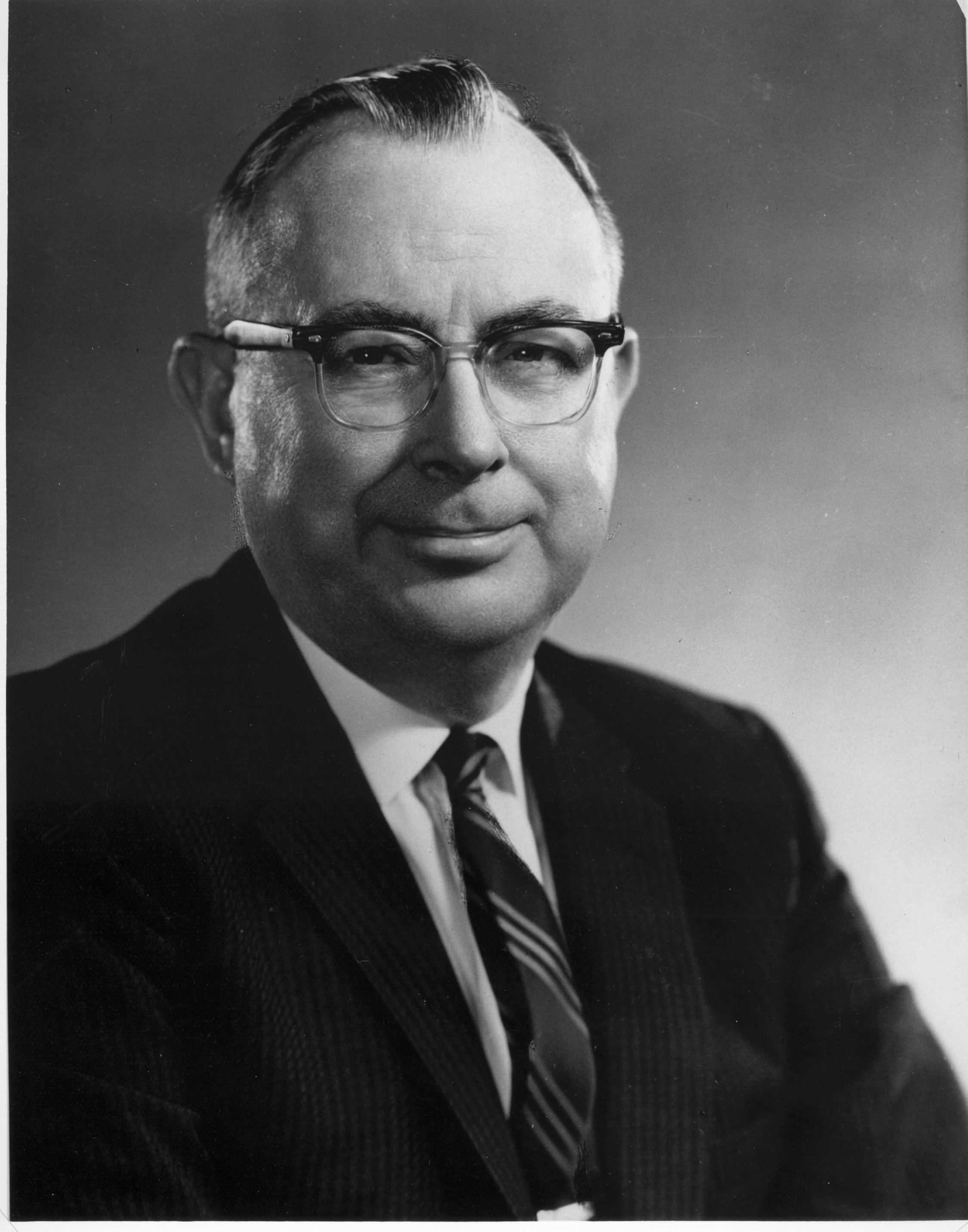 J. Donald Ahearn son of General Manager Joseph F. Ahearn, joins company as Treasurer and leads an illustrious career at the company. J.D. assumed operational responsibility for Universal Instruments and Metal Company in 1942. And began to move the company away from its wartime prominence as a tool, die, and gage manufacturer and producer of short-run sheet metal stampings. During the 1950s and 1960s, he guided the talented and skilled workforce to attain engineering breakthroughs in the fields of electronic component preparation, sequencing, and the design and manufacture of automated assembly systems for printed circuit board production. One of the last functions J.D. performed before retiring was to engineer a merger of Universal Instruments and Dover Corporation. This “corporate marriage” benefited both companies and allowed a once small metal works company to autonomously develop into one of Broome County’s most remarkable success stories. 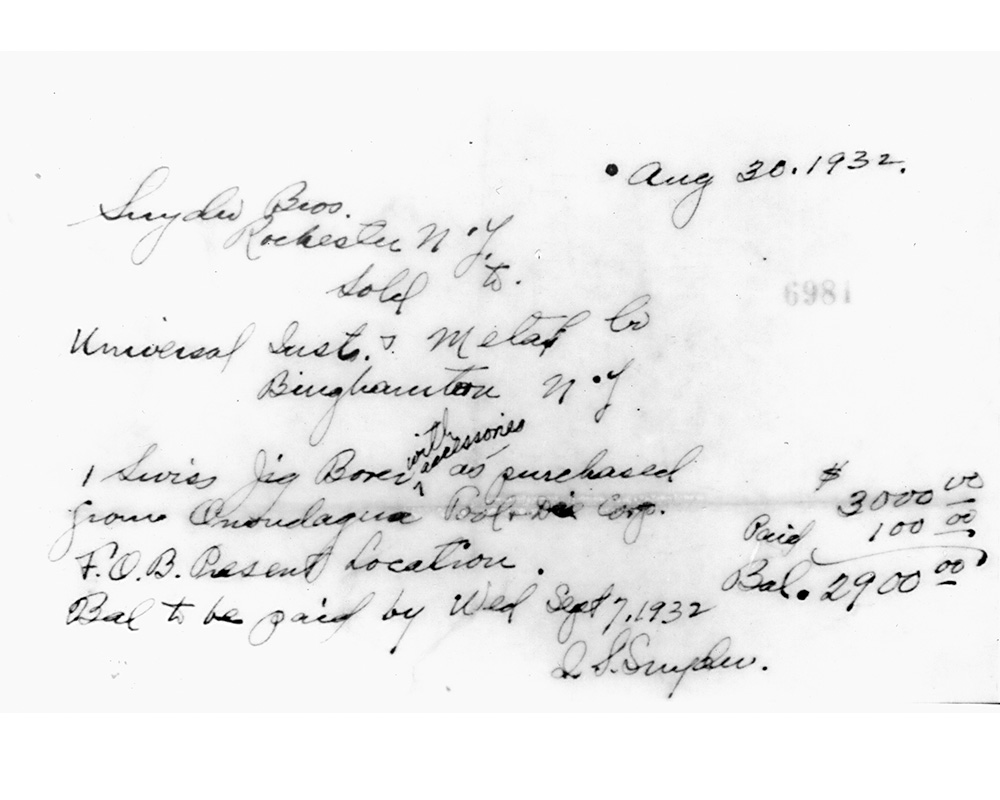 Above is a “Purchase Order” for an 18 x 24 Swiss Jig Borer at a cost of $3000. This significant purchase catapults Universal into a position of advanced machining competency. 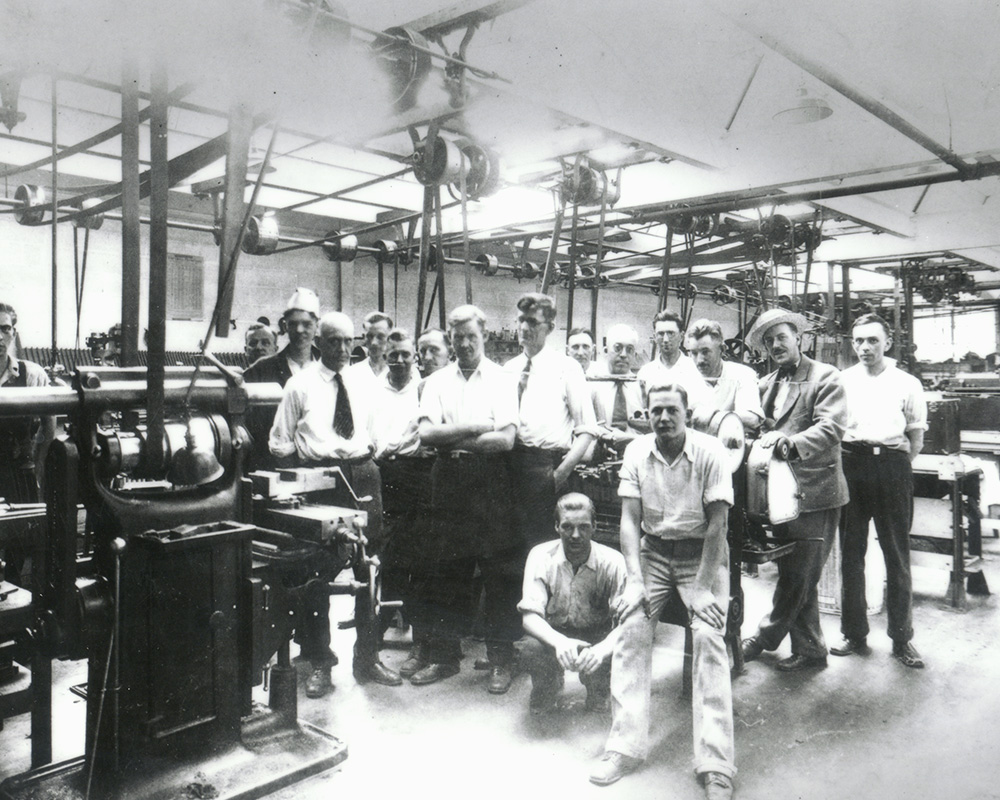